Your one-stop-shop for Hockey Romance!

If the upcoming Winter Olympics have you all a flutter and daydreaming about seriously sexy athletes then wow, have we got a treat for you! Yes, come on over and check out our amazing new website showcasing the best the romance world has to offer in hockey fiction, HockeyRomance.

Hockey Romance focuses on hot hockey players in the world of fiction, following their bad boy antics both on and off the ice. Ranging from sweetly romantic to down-and-dirty kinky, the Hockey Romance website caters to every need and taste. Read about the women who tame these testosterone-overdosed guys, find out if the players are as skillful in the bedroom as they are on the rink, and what really happens in the locker room!

All heat levels and pairings are represented, so no matter if you like M/F, M/M, kinky, sweet – one of our authors will have you covered!

And with a host of talented authors to keep stoking the fire with new romantic and sexy stories, love and lust is only a click away. Between us we have an impressive library of tempting and titillating books to warm even the coldest nights. So while you’re watching the sure-to-be-awesome hockey tournament in Sochi and shouting for your team, feel free to wonder just what’s below those layers of padding, and then pick up a novel from a Hockey Romance author and get up close and personal with a sexy player of your own. 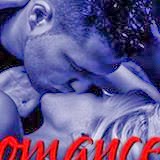 She thinks the best part of being a writer is how she writes about love and sex while most others struggle with daily commutes, micro-managing bosses and cranky co-workers. Her inspiration comes from everywhere, but she'd particularly like to thank the Buffalo Sabres, the hockey team near and dear to her heart.

An advocate of happy endings, Jami writes sexy romantic comedy, sports hero
romances, and equestrian fiction. Jami lives on a small farm near Puget
Sound with her Green Beret-turned-plumber husband, a Newfoundland cross with a tennis ball fetish, a prince disguised as an orange tabby cat, and an
opinionated Hanoverian mare.

Jami works in IT for her day job and is a former high school business
teacher and dressage rider. In her spare time, she maintains her small farm
and socializes whenever the opportunity presents itself. An avid boater,
Jami has spent countless hours in the San Juan Islands, a common setting in
her books. In her opinion, it is the most beautiful place on earth.

Catherine Gayle is a bestselling author of Regency-set historical romance and contemporary hockey romance with a New Adult feel. She’s a transplanted Texan living in North Carolina with two extremely spoiled felines. In her spare time, she watches way too much hockey and reality TV, plans fun things to do for the Nephew Monster’s next visit, and performs experiments in the kitchen which are rarely toxic.

Her Hot Ice series regularly receives high praise and industry nominations and she’s never happier than when she’s dreaming up the next story for her bad-boy heroes of fictional hockey team the Vipers. Usually when writing she’s accompanied by a cat on her lap and a dog at her feet, both rescued from the shelter and constant companions.

Kelly Jamieson lives in Winnipeg, Canada and is the bestselling author of over thirty romance novels and novellas. Her writing has been described as “emotionally complex”, “sweet and satisfying” and “blisteringly sexy”. If she can stop herself from reading or writing, she loves to cook. She has shelves of cookbooks that she reads at length. She also enjoys gardening in the summer, and in the winter she likes to read gardening magazines and seed catalogues (there might be a theme here...) She also loves shopping, especially for clothes and shoes.

V.L. Locey loves worn jeans, belly laughs, anything romantic, Greek mythology, New York Rangers hockey,  comic books and coffee. (Not necessarily in that order.) She shares her life with her husband, her daughter, one dog, two cats, a Brown Swiss steer named after a famous N.H.L. goalie, and a flock of assorted domestic fowl.

Toni Aleo is the author of the Nasvhille Assassins series.  When not rooting for her beloved Nashville Predators, she’s probably going to her husband’s and son’s hockey games and her daughter’s dance competitions, taking pictures, scrapbooking, or reading the latest romance novel. She lives in the Nashville area with her husband, two children, and a bulldog.

Suzan Butler is a romantic fiction author with a penchant for Dr. Pepper, ice hockey, and world domination.

She lives in Texas under a not-so-secret identity with two monsters, writing books and planning the next step in her evil plans into the twilight hours of the night because that’s when it’s quiet in the house.

Bianca Sommerland was born and raised in Montreal, Quebec. When not reading neurotically or writing as though the fate of the world rests on her keyboard, she is either watching hockey or teaching her daughters the beauty of a classic, steel pony while reminiscing about her days in Auto Body Mechanics.

Her time is balanced with utmost care between normal family life, and the internal paranormal realm where her characters reside. For the most part, she succeeds.