Welcome to Sunday Snog, and, as ever, thank you to Victoria Blisse for hosting. This week I have you a hot moment with a bad ass biker! 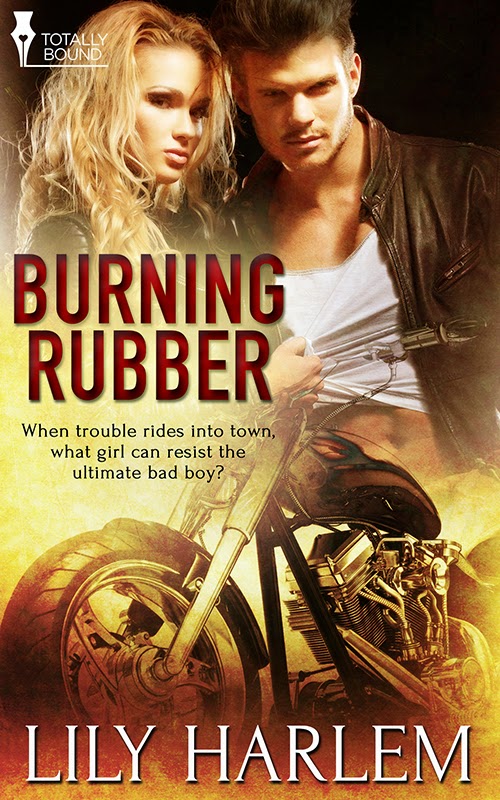 I pushed at his waistcoat.
He released my breasts and shrugged it off. He fisted his black Metallica T-shirt between his shoulders and tore that off too.
Oh, God, his chest, like his arms, was a mass of tattoos. He had the Harley sign on his right pectoral and something in Latin written in a semi-circle on his neckline. He had a mass of dark hair on his sternum that extended outwards and upwards and downwards. Downwards over a flat belly that had an inked snake winding across it.
He stooped, dragged his boots off then undid his jeans.
I stood, panting, with my back pressed to the wall.
I hardly dared move, didn’t want to break the spell. Lust and desire was as rampant in me as it was in him. I felt like I’d met the yin to my yang, the right fuel for my tank.
He kicked his jeans across the room and stood before me naked.
His cock was hard and ready and tapped the side of the snake on his stomach. The tail of the snake sat in his riotous pubic hair and the open, fanged mouth just above his navel, though the rest of it appeared to curl right around his torso.
“Been a while since I wanted to fuck so bad,” he said, his voice almost a snarl. “And I’ll be damned if I ever fucked someone in pink lace and in a flowery bedroom.”
“I’m not your usual type,” I said, hoping my heart wouldn’t beat any faster—I was beginning to fear for its survival. “I’m so much better.”
“Yeah, I know.” He stepped up to me, pressed his hands on my shoulders and urged me to my knees. “Suck my cock,” he said. “Take the end of my snake into your sexy throat.”
My mouth watered to taste him, so I lowered to a squat with my back flat to the wall.
He fisted his erection and I wrapped my fingers over his. His knuckles were so wide and my pale skin contrasting with the dark flesh of his hand ramped up my lust levels.
“Open up, blondie.” 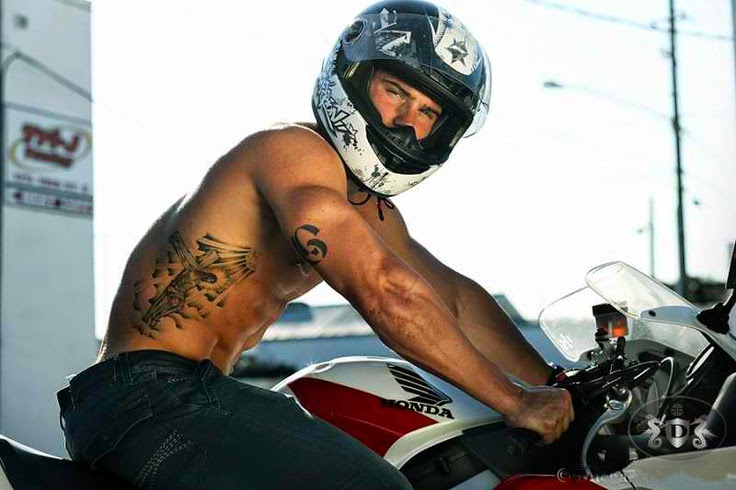 Burning Rubber is available from Totally Bound, Amazon, Amazon UK, ARe and all other good ebook retailers.

When trouble rides into town, what girl can resist the ultimate bad boy?

Handling men isn’t an issue for me. I’m not a girly girl and my best friends are the machines I spend my days fixing, tweaking and servicing. So when the Wild Angels roll onto my forecourt and need my help, I’m happy to be of assistance.

But I’ve always been a magnet for trouble and when the leader of the pack, Gid, questions my ability, I can’t help the sassy backchat. Seems it doesn’t bother him too much and before I know it, I’m climbing onto his beast and hanging on for the ride.

Bad ass guys like him don’t come without baggage, though, and it seems he wants to get rid of mine. Who am I to complain when it means revenge is hot, his body is hotter and we leave a trail of burning rubber as we head into the sunset? Biker girl, me? I guess it’s in the blood.

Publisher's Note: This story has been previously released as part of the Wild Angels anthology by Totally Bound Publishing.