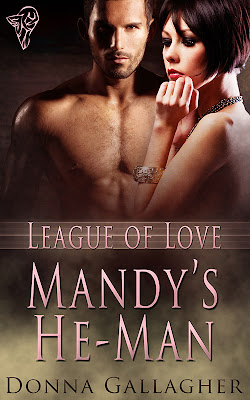 Can this rugged mountain of a man really protect her, teach her to trust and love again? Or will the choices she’s made in the past destroy her future?

Having managed to break free from an abusive relationship with a cruel and dominating ex-boyfriend, Australian artist Mandy Magenta—a.k.a. Amanda Smith—should be terrified when she first meets the enormous bulk that is Jonathon ‘JT’ Thomson. He is fierce. Not only is JT the biggest, most muscular man Mandy has ever set eyes on, but he makes a living playing the brutal sport of Rugby League.

So why, then, does Mandy’s body go into lust overdrive at the mere sight of him? She doesn’t feel a hint of alarm as the colours that exist in her mind—created and inspired by her own emotions and her artistic talents—explode with vibrant and passionate intensity. Could JT be the man to remind her that she is still a sensual, amorous woman, a woman deserving of love and tenderness—and can he protect her from the threats her ex has promised to deliver on?


As they lay in each other’s arms, JT whispered to Mandy, “Happy birthday, Mags. Hope you’ve had a day to remember.”
“Oh, He-Man, the best ever. But it’s still my birthday and I want another present. It amazes me how something so hard can feel so soft to touch…” Mandy gave a sultry purr as she wrapped her palm around JT’s erection. “My favourite part is this raised bit, just here,” Mandy teased as her finger rimmed the mushroom-shaped head of JT’s penis, stopping at the slight join of flesh at the top. JT could only moan and growl in response as she wrapped her soft hand around his steel-hard cock.
Mandy lowered her head and blew gently on the enormous length that stood erect before her, then ran the tip of her tongue slowly over the same path that her finger had taken before it, loving the way JT jerked in response. She took him into her mouth slowly, pressing her lips together tightly to create just enough friction as she sucked his warm cock all the way into her mouth, until the head bumped the back of her throat.
Mandy tried to relax her throat even more, so she could take all of him, moving her mouth up and down. She grazed her teeth gently along the rigid shaft as she pumped her hand in a complementary rhythm.
She was enjoying herself, totally absorbed in her endeavours. She could feel the moisture building between her thighs and squeezed them together to try to ease the ache. Now she was so in tune with JT’s body, Mandy knew he was getting close. When he tried to pull her mouth away from his almost exploding cock, she shook her head and sucked harder.
“Woman, I’m coming in your mouth if you don’t let go. I can’t hold on any longer,” JT groaned.

Sydney-born Donna Gallagher decided at an early age that life needed be tackled head on.
Leaving home at 15 she supported herself through her teen years.
In her twenties she married a professional sportsman, her love of sport -- especially rugby league -- probably overriding her good sense.

The seven-year marriage was an adventure. There were the emotional ups and downs of having a husband with a public profile in a sometimes glamorous but always high-pressure field. There were always interesting characters to meet and observe and even the opportunity to live for a time in the UK.
Eventually Donna returned home a single woman, but she never lost her passion for watching sport, as well as the people in and around it.

Now happily re-married and with three sons Donna loves coffee mornings with her female friends, sorting through problems from the personal to the international. But she's on even footing with the keenest man when it comes to watching and talking rugby league.

Donna considers herself something of a black sheep in a family of high achievers. Her brother has a doctorate in mathematics and her sister is a well-known sports journalist.

An avid reader, especially of romance, Donna finally found she couldn't stop the characters residing in her imagination from spilling onto paper. Naturally rugby league is the backdrop to her League of Love Series, published through UK publisher Total-E-Bound, spicy tales of hunky heroes and spunky heroines overcoming adversity to eventually find true love.