Take it away Kristina.... 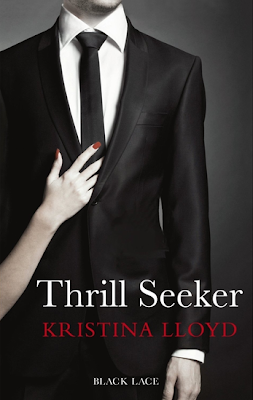 I was reminded recently that I’m cited as a reference on the Wikipedia entry for ‘Bad Boy (archetype)’, suggesting I’m some kind of authority on the matter. Well, um, I’ve had my share, for sure. In truth, I think most readers and writers of erotica are probably authorities on Bad Boys, or at least have plenty to say about them. After all, Nice Guys (archetype) seldom make for the sexiest or most interesting of male leads.

In Thrill Seeker, my new novel from Black Lace, Natalie Lovell is involved with three men at varying points in the narrative. Liam, while too unconventional to be ‘nice’ is definitely ‘good’. He’s a friend, a fuckbuddy, a man who’s loyal, kind, fun, sensitive, vigorous and sexy. He’s never going to make Natalie swoon and that’s fine because she’s not expecting him to. Theirs is a relatively uncomplicated relationship. They hang out, have recreational sex, and try not to mess each other about.

In opposition to that, are Natalie’s Bad Boys, Den Jackson and Baxter Logan. Natalie meets Den through online dating while Baxter lurks in her backstory, the lover who betrayed her and still tugs at her heart. Both men are sexually dominant and, as people, are ‘bad’ in different ways. Their personalities are reflected in their sexual style and tastes. Den is deliberately mysterious, often harsh and nasty, and likes to be one up on Natalie. As a dom, he enjoys constructing elaborate scenarios using a range of kinky implements. He’s aloof, patient and in control; a man able to prolong Natalie’s pleasure and pain by maintaining a careful, sadistic distance. Natalie fears he might be dangerous.

In the book, before readers meet Den and Baxter in all their bad-boy glory, Natalie reflects on a previous relationship which had helped her understand her desires for intense, edgy sex. The man she remembers is called Grant. (I named him that because, yeah, he grants your wishes; or he thinks he does.) Here’s a brief excerpt:

On our first night, Grant blindfolded me, fixed my wrists and ankles to all corners of his bed, told me to relax and enjoy. I swear, I felt like paying him afterwards. He had massage oils, velvet gloves, warm breath, clever hands and, it seemed, all the time in the world.

‘What’s that? Ah, ah, what is it?’ I kept saying, frustrated by my sightlessness.

At one point, I was pulling on the ropes, begging him to tell me what he’d done. He’d been kissing my shoulders, my breasts and then, from nowhere, one of my nipples was enveloped in a blanket of heat. It wasn’t a fiery, intense heat but a deeply comforting heat. My nipple glowed, the warmth radiating into the tissue of my breast. Then it happened to my other nipple, and I was lost.

‘Please tell me what that is.’

He’d capitulated on that one, telling me there was a glass of hot water by the bed. He’d been filling his mouth with the liquid then sliding his lips around each nipple. ‘And that’s all I’m telling you,’ he said. ‘No more questions. You’ll spoil it for yourself.’

I have to confess, after his explanation the sensation wasn’t as wild. Grant was right, I shouldn’t have asked. But gradually, I relaxed, allowing him to stimulate me inside and out. He didn’t seem to care about his own pleasure, getting his kicks, instead, from mine. To be honest, that aspect did get weird after a few dates. Before long, I was aching for him to lose control, to be so overwhelmed with lust he’d grab my hair, pin me to the kitchen counter and bang me six ways till Sunday. But no, ‘just lie back, Natalie, enjoy.’

To read about the men who will bang Natalie six ways till Sunday, go here and check out my two sexy excerpts! 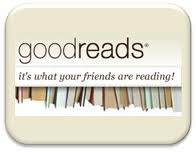 I’m giving away six signed copies on Goodreads. Enter by May 31st! 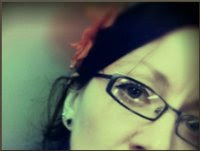