The Legend of Sleepy Hollow - a NEW Clandestine Classic!

What Exactly Makes a Classic Clandestine? - Guest post by Morticia Knight... take it away Morticia... 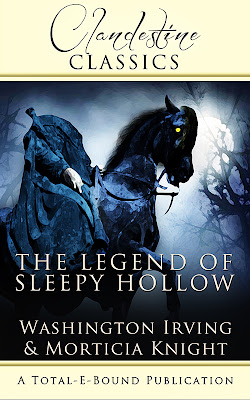 Oh my dears, quite a lot. For those of you truly familiar with the original tale, there were a lot of hints in Irving’s story about much in the way of both hanky and panky. And while Ichabod might not have sounded like the studliest thing around, in my tale he proves to be more than worthy, as his nose isn’t the only overly large appendage that he sports!

What was fun about writing this classic was the challenge. In order to remain true to the Clandestine Classic line, the authors are not allowed to change any word of the original classic – we can only add. In addition, we need to write in the original author’s voice so that the sections flow together seamlessly, and the reader isn’t jolted out of the story. It was intense, but a lot of fun at the same time. It helps that Irving doesn’t take himself too seriously, so I was able to unleash my inner wench and have a jolly good time!

True to his word, Ichabod swived the lass until just before the telling of the dawn, leaving her sore and well-used, and with the knowledge in one night of all of the skills of Aphrodite. He escorted her safely back to her parents’ home, and bade her a brief farewell, planning to state his suit to her father very soon. But first he must send word to Jonathan, for he knew his lover was nearing the end of his studies, and surely the joyful news of his female find would entice Jonathan to their side forthwith.
Wending his way down the path to the most recent dwelling where he was making his home, he pondered all they had discussed throughout the previous eve. Although still confident in his success against his rival, he was a prudent man, and shied from declaring definitive conclusions when there were still matters to be finalised. For whilst some may profess to know the perfect way that a woman’s heart is secured, I profess not to know how women’s hearts are wooed and won.
To me they have always been matters of riddle and admiration. Some seem to have but one vulnerable point, or door of access, while others have a thousand avenues, and may be captured in a thousand different ways. It is a great triumph of skill to gain the former, but a still greater proof of generalship to maintain possession of the latter, for man must battle for his fortress at every door and window. He who wins a thousand common hearts is therefore entitled to some renown, but he who keeps undisputed sway over the heart of a coquette is indeed a hero. Certain it is, this was not the case with the redoubtable Brom Bones, and from the moment Ichabod Crane made his advances, the interests of the former evidently declined, his horse was no longer seen tied to the palings on Sunday nights, and a deadly feud gradually arose between him and the preceptor of Sleepy Hollow.

When not indulging in her passion for books, she loves the outdoors, film and music. Once upon a time she was the singer in an indie rock band that toured the West Coast and charted on U.S. college radio. She currently resides on the northern coast of Oregon, where the constant rain and fog remind her of visits to her family in England and Scotland when she was a child.

Morticia has a three-book series called Uniform Encounters set in the Southwest that features those yummy men in uniform coming out in 2013, and is currently working on both a Steampunk horror ménage, and a Sci-fi ménage. 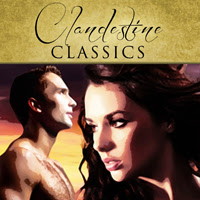