Christmas is over, all the fun of welcoming in the New Year is done and to be honest the tinsel is getting dusty! So what better to warm us all up on a cold January weekend than a bit of hot-handed spanking fun with the Cold Hands, Warm Bottoms Blog Hop.

There's some fabulous prizes to get your mitts on too...

Brought to you by Spanking Romance Reviews & The Saturday Spankings Blog! 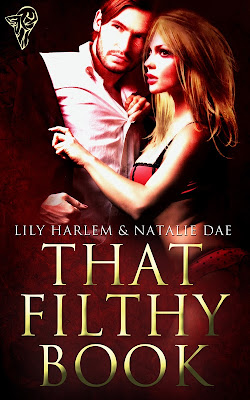 My contribution to the hop is an excerpt taken from That Filthy Book, co-written with Natalie Dae (Harlem Dae) and currently on half price offer at Amazon UK and Amazon. I've chosen this snippet to share because Karen has decided that she'd like her husband, the gorgeous Jacob, to spank her with a long branch she's found outside. It's taken her a while to build up to this, and she's also had to face the thought of the cold. Why? Well she wants her spanking fun to take place in the copse at the end of their large garden and it's a nippy winter's day. They've been doing a lot of role play up to this point, him being dominant and her handing herself over to him, it picks up from the point where he's just come in from work and they've spent all day looking forward to their evening encounter. 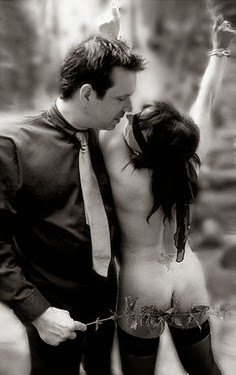 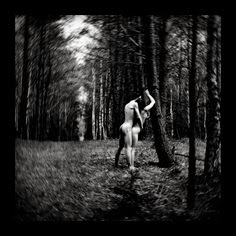 Blurb for That Filthy Book

Fallen Angel Reviews - "This book is intense. I have never read such a hot, sexy, raw book. I loved it. The best part of this book is it isn't just a book about sex. It's a book about the exploration of a marriage and how easy it is to fall into a rut of behavior. It's about the lengths a couple is willing to go to, to keep their sex life fresh and their marriage happy. Most of all, it's about a happily married couple who are still in love and after 10 years, finding that love can grow deeper and richer. This book shows how rich and satisfying a fantasy sex life can be when shared with a patient and understanding partner. I don't think simple words can even do justice to what this book made me feel. As a happily married woman myself, I found myself nodding as I read about the uncertainties that plagued Karen. It's nice to know that I am not alone in these thoughts. I recommend that every woman read this book, because unless you experience it for yourself, I am not sure I can convey the emotion this book evokes. Read the book. You won't be disappointed."

Amazon Reader - "The thing I enjoyed about this story was how much they (Karen and Jacob) loved each other, a fact that the authors were able to get across clearly and with such realism throughout. I loved how they sought to add spark, but that they'd always loved each other and the revived sex life only added to that love. Reading their story, their journey, made me long for a love like that. Having someone willing to do the things you fantasize about because they care that much about you is wonderful. Enviable."


Ex Libris Reviews - "I discovered Lily Harlem thanks to her Hot Ice series, a steamy contemporary romance series about sexy hockey player heroes. But as those novels range between sensual and steamy the sheer hotness of That Filthy Book took me by surprise but with the flowing narrative and deeply developed characterizations I was swept up in the whirlwind that was the story, and it became one of my favourite reads of 2012!" 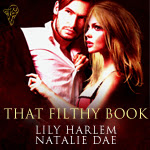 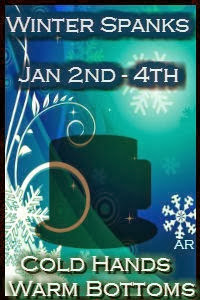 This is a blog hop, so click below to visit the other blogs participating in this smackingly good hop, and if you leave a comment below about your favourite spanking story along with your email address, I'll pick a winner at random at the end of the hop to win a copy of Stories for When the Sun Goes Down, my latest release. And if you're in the UK and have an Amazon account you can download Anything for Him for FREE! 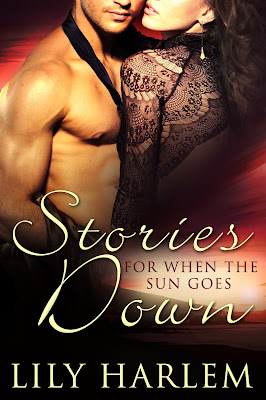 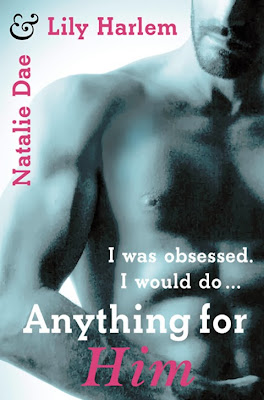 RULES:
Follow the links to read the blogs–comment on the blog to prove you were there (or answer the participant’s specific question, if they have one). COPY AND PASTE COMMENTS WILL BE DISQUALIFIED! Each comment earns you one entry for the grand prize. You must provide your email address for your entry to count. Individual pages may also have their own form of entry (Rafflecopter, etc) for additional chances to win prizes. Enjoy all the free stories, posts, & fun!