Interview with Dominic May from One Night In Brussels 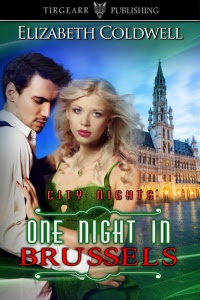 Hi, Lily, and thanks for asking me along today. I hope you don’t mind, but I’ve brought Dominic, the hero of One Night In Brussels with me.

Elizabeth: Hello, Dominic. It’s nice to meet you.
Dominic: You, too, Elizabeth. I’m very keen to know what you’re going to ask me.
Elizabeth: Why don’t you start by telling me how you met Saskia?
Dominic: Okay, I was over in Brussels for a meeting at the European Commission. I was tendering for some IT contract work – you don’t need to know the details because they’re really boring – but the meeting got cancelled at the last minute. And that’s when I bumped into Saskia. I asked her if she’d show me around the centre of the city and she agreed.
Elizabeth: What was your initial impression of Brussels?
Dominic: Well, any city with Saskia in it is a lot more interesting. And for someone who isn’t a native of Brussels, she certainly knew the places that a lot of the tourists might walk past. But it’s an odd place – it’s a mixture of the ancient and the modern, with some really ugly new buildings and some absolutely glorious restored mediaeval ones. Though it’s not a bad place to be if you want to get a decent beer.
Elizabeth: Let’s get on to the more personal stuff. Boxers or briefs?
Dominic: Yep, that’s certainly personal. Boxers – they give you more room to expand, if you know what I mean.
Elizabeth: A quiet evening in or a night on the tiles?
Dominic: Definitely the former. After a day’s work, my idea of heaven is to curl up on the sofa with a drink and watch a good film on TV. And if I could share the sofa with Saskia, even better.
Elizabeth: Will it difficult for the two of you to see much of each other, with you living in London and Saskia in Brussels?
Dominic: It’s not too bad. Eurostar makes it so easy to travel between the two cities. And the fact we’re not living together makes everything seem fresh and exciting when we do meet up.
Elizabeth: Tell us a secret about Saskia?
Dominic: Well, she’s very good with her tongue… She speaks Dutch, English, French and German. What else did you think I meant? (Laughs.) But she can talk dirty in all of those languages, which is a real turn-on even if I don’t understand all the words sometimes.
Elizabeth: What is the one thing you’d change about yourself?
Dominic: I’d like to be a better chef, so I could impress Saskia with my culinary skills. I do a pretty decent scrambled eggs on sourdough toast, but that’s about it.
Elizabeth: Is there another city in the world you’d like to explore with Saskia?
Dominic: Well, she’s originally from Rotterdam, and that’s somewhere I’ve never been. I’m sure we’d have fun if we went there together.
Elizabeth: One final question. If you only had half an hour left on earth, what would you do?
Dominic: Obviously, I’d want to spend it with Saskia. Preferably, I’d be with her either in London or Brussels, but if not I’d Skype her. I can guarantee you that the conversation would get pretty steamy.
Elizabeth: Thanks so much for talking to me, Dominic.
Dominic: It’s been a pleasure, Elizabeth.

“I want you to undress for me, Saskia.”
His voice holds a low, commanding tone—one that compels her to obey. With her back to him, she can’t see his face, but it doesn’t matter. She doesn’t need to know his name, his profession, his favourite foods or any of the mundane details on which relationships are formed. This is to be one night of shared bliss, and nothing more. They will give each other perfect satisfaction then go their separate ways, taking only their memories with them.
She pulls the zip of her tight-fitting black dress all the way down, then pushes the thin straps off her shoulders. From the view she’s presenting to him, he’ll be aware she isn’t wearing a bra, but she’ll tease him a moment longer before letting him see her full, bare breasts. By the time she’s naked she wants him so hard his erection will be threatening to burst the zip of his faded jeans.
The dress slithers to her feet and she steps out of it. She stands in only a pair of thong-backed panties that leave most of her bottom cheeks exposed, and tall black come-fuck-me heels. She’s tempted to sneak a glance over her shoulder to see whether he’s stroking himself through his clothing. Excitement ripples through her at the thought that she’s already got him so excited he needs to play with his cock.
“Oh, that’s nice,” he murmurs.
Saskia assumes he’s talking about her barely clad bum and gives it a saucy wiggle. “You like it?”
“I love it. But you need to lose those panties, too, sweetheart.”
She feigns coyness, hooking her fingers into the waistband of her underwear and pulling them down a fraction before stopping, as though she’s gone as far as she’s prepared to. The idea that he might leap from the bed and rip the flimsy garment clean off her body has her juices flowing and her rosy nipples stiffening into peaks. But he seems content to stay where he is, happy with the show she’s putting on for him.
When she cups her mound through her panties, heat radiates through the wet fabric. She bends forward a little way and slides her hand lower, pressing it into the seam of her swollen lips. He has to be able to see her fingertips peeping from between the gap in her widely parted thighs, touching herself in the place he must ache to, and it feels so deliciously rude to torment him like this.
“Oh, you dirty little minx,” he groans.
There’s a harsh rasp as his zip comes down and now she’s sure he has himself in hand. She risks a peek and her suspicions are proved right. He’s easing his big fist slowly up and down his length. His eyes are half-closed and his head rests on the pillows piled high against the wrought iron bedstead.
To the steady rhythm of his palm slapping against his cock, Saskia eases her underwear all the way down. Then she turns round and throws the damp scrap of silk in his direction. She doesn’t know which of them is the more surprised when he catches them in his free hand without missing a stroke with the other.
He puts the panties to his nose, breathing in Saskia’s scent. “Come here, gorgeous,” he growls, and she does.
She yearns to sink down on the fat, upstanding column of flesh he’s gripping so tightly, but he appears to have other things in mind.
“Lie down,” he orders her, climbing off the bed so she can take the place he’s vacated. He undresses in haste, letting his jeans slide off his slim hips. He isn’t wearing anything beneath them, and once his T-shirt is peeled off, he’s as naked as she is. She can’t help but notice he has no tan lines, and she pictures him relaxing in the nude on a sheltered sun terrace, or maybe some secluded beach, letting his skin turn that gorgeous shade of honey-gold.
“I’ve got a treat for you,” he tells her.
When she looks in his direction, he’s picked up a small bottle with a vaguely Aztec design on its label.
“Massage oil.” He runs his hand through his dark hair. “A blend designed for pure erotic pleasure…”

Saskia van Gaal works as a translator for the European Commission, dreaming of a life filled with excitement and hot sex. When she bumps into suave, sexy Englishman, Dominic May, and offers to be his tour guide in the beautiful city of Brussels, she doesn't realise she's about to embark on the wildest night of her life.

A stolen necklace is only the beginning of the adventure, and when Dominic and Saskia are threatened by a knife-wielding robber, things threaten to spiral out of control.

Has Saskia misjudged Dominic? Should she trust him? And as their sex games grow hotter and ever more inventive, can she ever guess how this night will end? 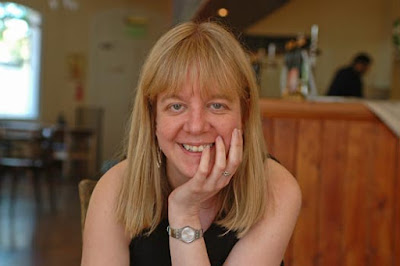 Elizabeth Coldwell is a multi-published author and the former editor of the UK edition of Forum magazine, where she was responsible for publishing a number of now very well-known authors for the first time, as well as honing her own writing.

She lives in East London, is a season ticket holder at Rotherham United and a keen cook. Her recipe for peanut butter brownies is available if you ask nicely…

You can find her at The (Really) Naughty Corner (http://elizabethcoldwell.wordpress.com) and Goodreads (http://www.goodreads.com/author/show/2896146.Elizabeth_Coldwell)

Make sure to follow the whole tour—the more posts you visit throughout, the more chances you’ll get to enter the giveaway. The tour dates are here: http://www.writermarketing.co.uk/prpromotion/blog-tours/currently-on-tour/elizabeth-coldwell/