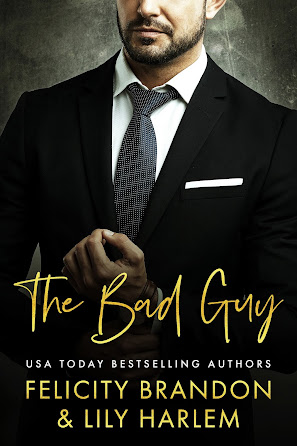 Filthy rich, seductively charming and absurdly handsome.
Dimitri Henderson.
I fell in love with a virtual stranger, the sweet talk and the fast cars, so when he invited me to Dubai, how could I refuse?
But he was nothing like he seemed.
Our twisted affair an illusion.
He filled my head with fantasy,
Then turned my whole world upside down.
Can I do the right thing, or will the bad guy win?
Publisher's note: The Bad Guy was previously released as Twisted. 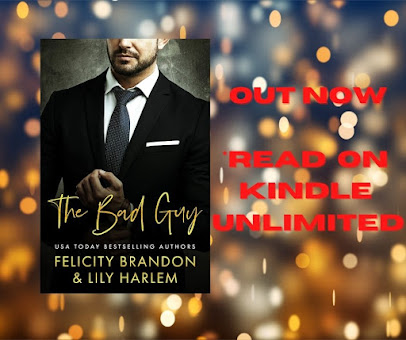 “In London, you, I mean I…”
“It was different? Yes, it was.” He kissed the back of her head, and the tip of his cock nudged her entrance. “That was our first time together, I didn’t want to scare you with my kinks.”
“Kinks don’t scare me.”
“That pleases me to hear.” He slipped in, only an inch. “Oh, but Jesus Christ, not as much as your tight, wet cunt pleases me. Hell yeah, I’m going to give it to you so good, Jenny. You’ll never forget this first time in Dubai with me fucking you.”
The dirty words spilling from his mouth had her belly clenching and her clit throbbing. The burn from the slaps he’d delivered was glowing in her pelvis, ramping up her lust. She wanted more of everything he could give her.
“Fuck me.” She stared at a painting on the wall above the bed, not seeing the picture, just feeling the need in her body.
“Sir. Fuck me, Sir,” he snapped.
“Fuck me, Sir,” she said, the words running like cream from her lips. They were meant to be there, to be uttered for him, only him. “Fuck me, Sir.”
“Good girl,” he said, then thrust forward, plunging his cock balls deep.
She cried out and fisted the sheets. The filling was fast and hard, stretching her and mixing a delicious stitch of pain with the blissful density of his shaft.
“Ah yeah,” he said. “This is it. You’re going to get what you really need now, Jenny.”
“Give it to me.”
“Are you sure?”
“I’m sure.”
“Good.” He gripped her hips tighter.
There’d be bruises tomorrow. She didn’t care. She braced her spine and locked her elbows.
It was just as well she had, because Dimitri pounded in and out of her at a wild, rampant pace. Their flesh slapped with each near-violent drive to full depth.
Her G-spot was being ridden over, building a deep pressure in her pussy. It was so animalistic, their joining. For a brief moment she imagined what they looked like, rutting on the bed, naked, sweat-soaked skin, their gasps and cries swirling around the opulence.
“Yeah, hug my cock like that,” he said, releasing her hip.
She clenched her internal muscles, squeezing him.
“Ah yes, yes, like that.” He slapped her buttock again, a swift swipe of his palm. “Do it more, like that.”
She cried out and clenched—it was impossible not to as once again he spanked her. Each stinging connection of his palm on her ass contracted her pussy around him.
“Oh fuck, come with me, Jenny, come with me…”
She was already coming. The heat and pain combined with the need and desire had sent her spiralling into bliss.
“Now…”
“Oh yes…I am.” She was throbbing, ecstasy filling her veins. She closed her eyes and wailed.
He continued to barge over her G-spot.
The orgasm extended, and she trembled and hung her head, glad he had hold of her and was taking what he wanted. She was at his mercy, impaled on him, her pleasure stealing her breath and her thoughts.
“Yes, oh God, I’m filling you up.”
He came, his cock pulsing as he ground out his release. A long, low, guttural groan filled her ears, a sound she knew she’d never forget. It was so feral, so unapologetic and so free.
“You’re…amazing.” He pulled almost out then rammed back in. “Oh yes, there’s more… I’m still…”
Her pussy spasmed, and she arched her back, pushing her chest forward.
He moaned, his breath tickling over her spine. “Jenny…so good.”
She was panting. Her toes had curled on the sheets.
“You’re so damn good to be inside.” He tipped forward again and spoke against her ear. “I don’t think I’ll ever want to be anywhere except in you.”