Welcome to Saturday Spankings. Here's a few from Sexy as Hell which is a three novel boxed set with three additional spin-off stories available only on Amazon. This is a co-author that I wrote with Natalie Dae, hence the name Harlem Dae. If you have Amazon Prime you can read the entire trilogy and bonus stories for free! (Please note the first book The Novice was previously titled The Virgin but had to be changed after an issue with Amazon.) 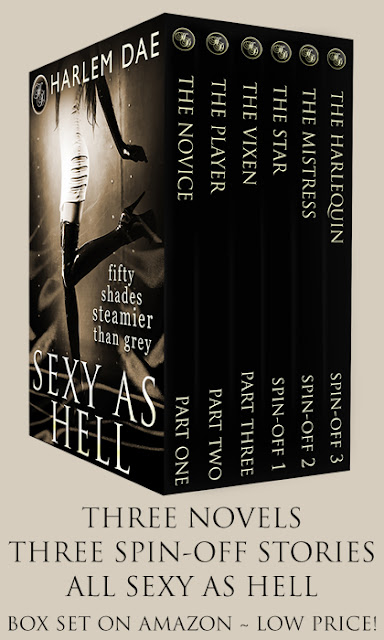 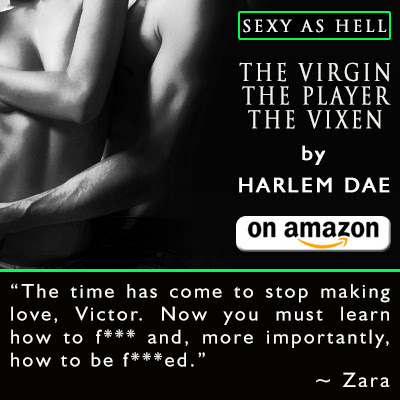 The pressure was so great. Not just in my pussy, but throughout my whole body. It was as if I were truly alive, every nerve stimulated, hyper-stimulated. Soon my orgasm would be there, soon, very soon. I prayed for it to take me swiftly, then the pain would stop. But so would my high. This dizzy, reckless, submissive state would end and I’d be Zara - Carlos and Victor’s Mistress again. My responsibilities would return, my need to be in control would surface.
Suddenly the additional stripes of pain stopped. The flogger was no longer beating down on me. I think it must have taken a few seconds for me to realise because I was such a bubbling mass of need and hurt anyway.
“Carlos,” I hissed, aware that my mouth was wet with saliva, drooling almost. “Don’t stop, you bastard.”
Nothing.
I fretted my clit, cursing the fact that my orgasm was retreating before it had bloomed. “Hit me or I swear I’ll shove not one but two mega-plugs up your arse, side by side.”
Still nothing.
Exasperated, I sat back on my heels then turned, still tweaking my clit and hoping to re-gather the lost pulses of an orgasm.
Staring down at me were two men.
Carlos and Victor.
Victor held Carlos’ arm aloft. The arm that held the now limp flogger.
Carlos’ cheeks were red. He was breathing hard through his nose, like a bull, and his mouth was set in a tight, straight line.
Victor was staring at me, unblinking, his brow creased, his lips parted and his emerald-green tie skewwhiff.
“What the fucking hell...” Victor said in a strained, shocked voice. “What the fucking hell in God’s name is going on here?” 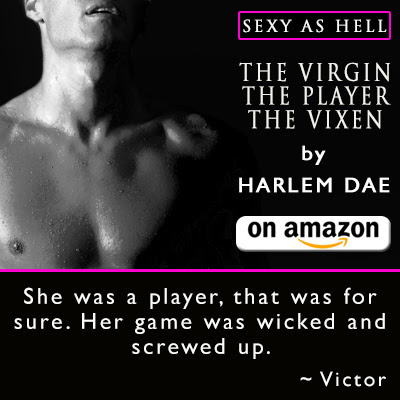