Welcome to Saturday Spankings - here's a swift slap from Who Dares Wins, my m/m/m novella just out at Totally Bound. 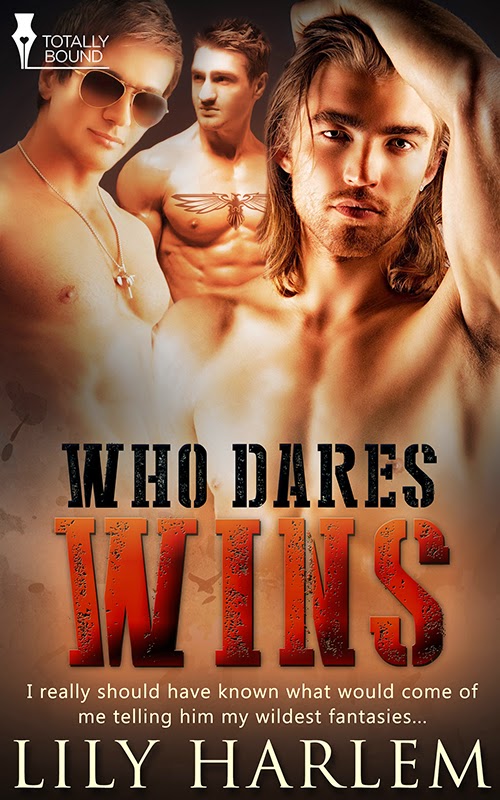 Another slap hit down, hard, much harder than Jack’s.

I shifted up the table, lost my balance and had to scramble back to my hands and knees.

The breath had been knocked from my lungs.

“He likes it,” Slider said in a growling voice. His fingers didn’t leave me. He continued to stretch and shunt in and out of my arse.

“Not that bloody hard he doesn’t. Hit him again and you’ll have me to answer to. He’s my sub.”

I was lolling in a mass of sensations, folding in on myself. But I was glad to hear Jack wouldn’t have Slider take it out on my arse cheeks again like that. He was too free with the muscle behind the slap, a lack of technique—unlike my Master who had it perfected.