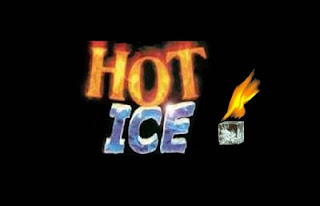 It's a while since HIRED first hit the shelves and soon the 5th book in my HOT ICE series will be available - I'm busy doing edits for High-Sticked - but it's always an absolute pleasure to get a good review.... 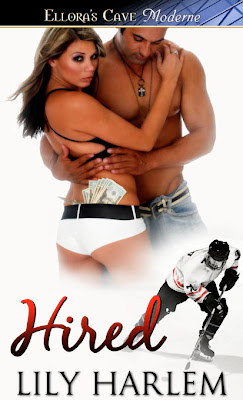 
Hired is book one in the Hot Ice series by Lily Harlem, and let's just say that as soon as I finished this one I immediately pulled the next one up on my Kindle!

It tells the story of Brooke Ambrose, a woman who is given an opportunity to earn $100,000 just for spending a week on a paradise island with a famous hockey player.

She's reluctant at first, but when she thinks that she can use the money to get her through nursing school and launch her career, she decides to go for it.

She's not expected to talk to him if she doesn't want to, or spend time with him. She's just supposed to be there to make sure he doesn't go off the rails. An easy job for plenty of money.

However, Logan Taylor isn't just a hockey player - he's also a gorgeous bad boy, and although he and Brooke don't hit it off to start with, the ice between them eventually breaks. After they come to a truce, things quickly heat up between them and Brooke is left with her head in a mess.

She wants Logan, but she's a girl with morals and struggles with the reason she was on the island in the first place, and she must keep the secret, even if it will cost her her future.

- please note my Hot Ice books can all be enjoyed as stand-alone reads or in order. More details on my website. 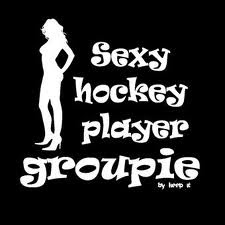 Amazon US  Amazon UK  ARe  Kobo