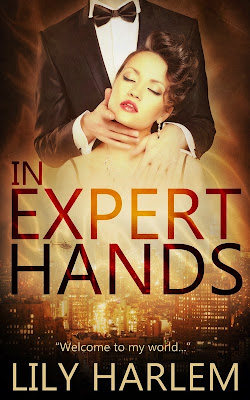 She looked around. The room was sectioned into six large cubicles, each one decorated in dark tones and with a combination of low lights and spotlights. Each three-walled area held a bed or a table or some other piece of equipment in the center. Three spaces were occupied.
There was an audience, too, couples, singles, threesomes sitting on more large sofas. Imogen could only see the backs of their heads. Some appeared enraptured, others holding quiet conversations.
“Tell me,” Kane urged, slipping his hand over the smooth material covering her waist. “What do you think about that, over there, to your left.”
Imogen was already staring in that direction. It had been the main thing that had captured her attention.
A naked woman was bent double, tied to a skinny padded table with her ankles fastened to the legs and her arms stretched out on two platforms, crucifix-like. Her skin was pale except for her behind, which was scarlet.
Beside her stood a man—dressed like Kane in black trousers and a velvet jacket—wielding a flogger. He walked around the woman as if surveying the marks on her ass then cracked down the many strands over her skin.
Imogen jerked and a tingle traveled over her buttocks, as though her nerves were empathetic with what the woman on the table was going through.
The man hit again.
The woman groaned and moved her head, her face coming into Imogen’s view. She had her eyes screwed up tight and her lips were parted. There was a flush of red on her cheeks that matched the rosy blush on her backside.
“Talk to me,” Kane said softly.

Sexy Kane Ward has an equally sexy brother, Taylor Ward, who features in the Brit Babes Sexy Just Got Rich Anthology. If you enjoy In Expert Hands, don't miss In Safe Hands. 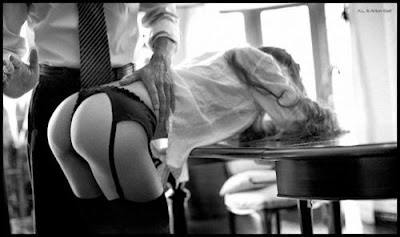