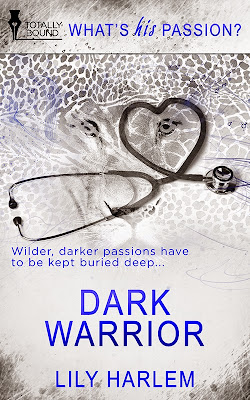 Dr. Leo Rotherham is following his calling by working in rural Kenya for the charity Medics On Hand. While he expected a primitive way of life and limited medical supplies, what he doesn’t bargain on is falling for handsome village warrior, Malik.
Malik is well respected, knowledgeable and loyal to his tribe. He’s also beautiful, brave, modern and, much to Leo’s dismay, married—isn’t he? 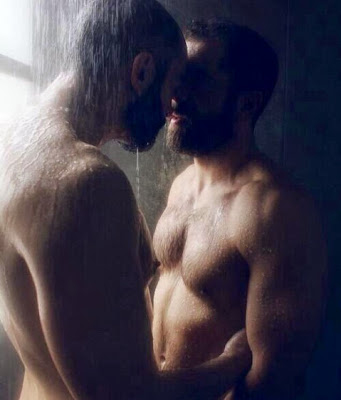 “You want me,” Malik said. He grinned in a way that oozed sexual prowess and his eyelids became heavy.
“Yes.” Leo felt dizzy with lust, his thoughts on one-track only—fucking. It was all that could happen next, if it didn’t he’d go mad. “Now. Fuck me now.”
“Demanding white man, aren’t you?”
In a sudden, brisk movement, Malik spun Leo around.
Leo grunted as Malik tipped him onto the bed. He supported himself on his hands with his arse in the air and feet on the floor. He wished he didn’t have the ugly healing stings on his back, but that couldn’t be helped and besides, Malik didn’t seem to mind.
A hard slap landed on his left buttock. “You know what demanding gets you, don’t you, Doctor?”
“What?” Leo asked gruffly. The smack had created a burning sensation on his arse that sent delicious tingles spreading outward over his flesh.
“Everything.”

Find out all the gossip about Dark Warrior here, check out reviews and grab yourself a copy from Totally Bound, Amazon/Amazon UK, ARe and all other good ebook retailers.