Welcome to Saturday Spankings. An exclusive preview today from the new Sexy as Hell Trilogy written by myself and Natalie Dae and due to be published later this month under the name Harlem Dae.

The first book in the series is called The Virgin, here is the blurb -


London – One meeting, one month of lessons and a landslide of depraved new desires.

My journey to Hell started with a decaff coffee. Nothing more than a grey mug full of dull-brown liquid devoid of its most useful ingredient.

One sip, one smile, one touch of her hand and it was soon clear my life wasn’t destined to stay dull. Oh, no, suddenly I had a month of bedroom education planned by a sultry vixen who intended to broaden my horizons beyond my usual peach-pink palette.

She wanted to take me to deep purples and navy blues and the pitch blackness that was pure sin. And on the other side of that blackness was a place that might look like Hell, with debauchery and wantonness, people playing devil’s advocate, luring innocents into the hotter, steamier corners of the world.

Oh, yes, she promised each night to take me there and paint me an orange-and-red picture that would come alive, flickering like flames, enticing me, holding me spellbound and eager to learn more. To touch, explore, drown in coming.

And drown I would. I was no match for her tricks and taunts. My only chance of survival was to show her that I was no vanilla virgin. I had a rainbow of mastery up my sleeve, too, and if she just opened her eyes, she might be dazzled enough to stay—stay and take ‘my’ lessons. If she didn’t kill me first, that was, with pleasure. 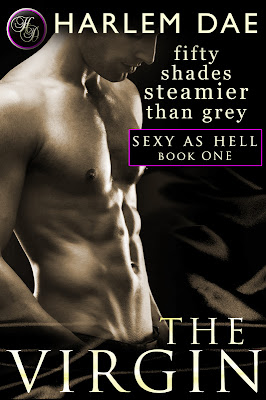 Here's your spank, or rather flog, Zara is at work and has brought her 'student' Victor along to watch the show from a viewing room. He's rather confused by the D/s display but also turned on, and you know it's just a matter of time before he's begging for the same treatment. This particular section of the book is written from Victor's view point...

With slow, teasing strokes, she swept the flogger down his back several times. He was shaking slightly, his right buttock now burnt red from the swipe she’d given him.
Suddenly she treated his left buttock to the same hard whack. Again I jumped—it seemed as though I was rushing to imagine the sensation, the skin on my bum tingling and warm.

His head snapped up, and he drew one hand, though pressed onto the floor, into a fist.
That had hurt. Zara had put all her strength into the blow, and with what, about nine, ten, tails to strike his flesh, it was a lot of strips of agony to cope with.
But now she was squatting behind him, smoothing a palm over the blushed buttocks. Caressing sweeps of her hand rubbing away the pain. He shoved backwards onto her touch and hung his head low. She manoeuvred him slightly so his arse was angled directly towards my window.
I nibbled my bottom lip, tried to create a little more space for my cock by shifting the crotch of my jeans.
Zara handled this big brute like he was an object, a slave, something to toy with.
Why was he allowing it? 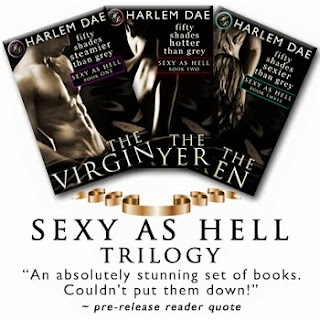