Welcome to Saturday Spankings. This week a snippet from my new reverse harem series THE CHALLENGE taken from book #2 TEARAWAYS. (Best read in order, CASTAWAYS, TEARAWAYS, RUNAWAYS). It's not heavy on spanking scenes but with five guys all vying for attention, it stands to reason one will be a little slap happy! Meet Harrington Vidal, son and heir to billionaire Dante Vidal and looking damn hot in leathers as he rides his Harley coast-to-coast. 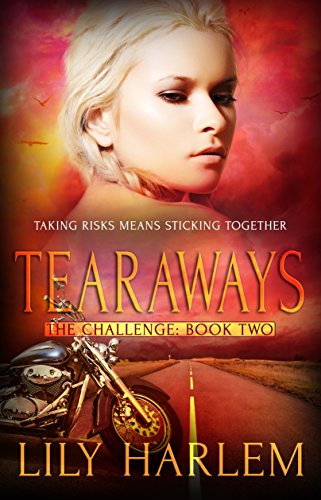 Having survived The Challenge, Olivia is now hitting the road with her five sexy men. Seeing them all dressed in tight leathers, with big, growling Harleys between their legs, is enough to have her pulse racing and her mouth watering. So naturally, before long bonds strengthen, love blooms and they're all enjoying the ride of their lives.

But with little more than bikes and the clothes on their backs, how will they survive a long, arduous journey? Having a billionaire's heir in their midst is no help when Dante Vidal is insisting on them being cashless and having to work for their supper.

Amongst all of that, Olivia finds herself performing a complex juggling act. Having Alpha males sparring, sparks flying and tempers flaring needs a strong woman to take charge. Is she up for the challenge of keeping her men happy, connected and most of all satisfied? One thing is for sure, it's a task she's willing to throw herself into heart, body and soul. 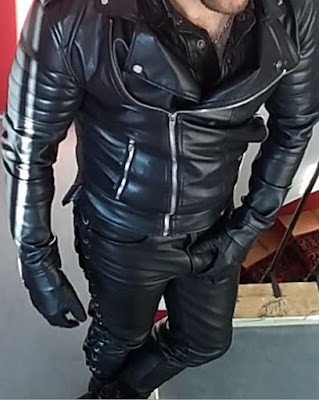 The stand held pancake samples. According to the cardboard sign they were infused with maple syrup.
“Here.” She plucked a chunk up and turned to him. “Try this.”
He opened his mouth. As she placed it in, he caught her wrist and held it.
After he’d swallowed he lowered his head. “Have I mentioned how goddamn sexy you look wearing skin tight black leather…” He tugged her a little closer and set his other hand on her ass. “… And fuck-me boots?”
“No, you hadn’t mentioned it.” She bit on her bottom lip, enjoying the flash of desire in his eyes. “What are you going to do about it, Harry?”
He kind of growled. “Not a damn thing, in here. But I’ll tell you what I want to do.”
A thrill went through her. “What?”
“I’d like to bend you over that deli counter, rip those pants off and turn your ass red.”
“Red?”
He was breathing fast, so was she.
“Yeah, red.” He dragged her closer, so his mouth was by her temple and her chest pressing against his. “I’d like to spank your sexy pale English ass. See the outline of my handprint on it. See it go bright red and burning hot. So hot it feels like it’s on fire.”
Her buttocks tingled and her belly clenched. She gripped his upper arm. “You’re a kinky bastard, you know that?”