Welcome to Saturday Spankings. This week a few from TAKING CHARGE, the story of a Westminster politician and a very rich, very unusual businessman she hires for the night! 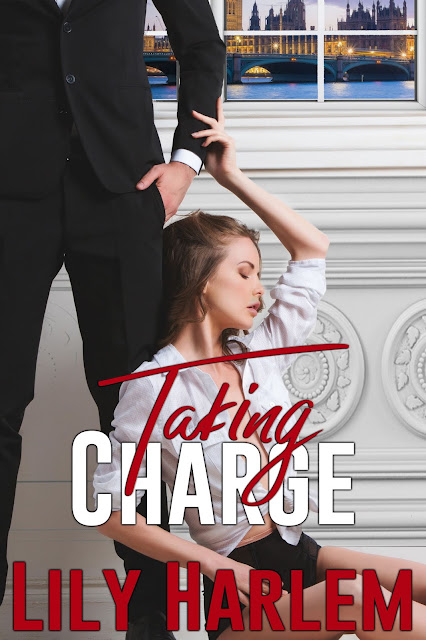 “You came,” he said quietly, but in such a way she sensed danger.
“Yes, Sir. With you doing that—”
“You didn’t have permission.”
Damn it. She knew she’d been supposed to ask permission. That thought had been in her brain, she just hadn’t had the strength of will to do anything about it. “I’m sorry, but—”
“There are no buts.” He snapped his hand out and clasped her chin. His fingers were damp and she could smell her own arousal on them. “Tonight your pleasure is mine. I say when you orgasm, how you orgasm, how many times you orgasm. Got it?”
“Yes, Sir.” Was that genuine anger in his eyes, or was he delighted she’d stepped out of line? She couldn’t be sure, and instead of her heart slowing as she caught her breath, it quickened. “I did warn you, sub, that you’d be punished.” He sat, reaching for her as he did so.
The next thing Sheena knew, the room had turned upside down and she was tipped over his lap. Blood rushed to her head and she flailed her arms and legs to regain balance and find something to grip onto.
“Keep still.”
His hands were a vise around her torso.
“What are you doing?” she gasped.
“This.”
A high-pitched slap, flesh on flesh rang around the room a nanosecond before the pain of the spank sent her entire body into a thrashing series of jerks. “What the fuck!” “Keep still.”
“Jesus.” She tried to push up from his lap, but he held her even tighter.
Another stinging slap landed, the opposite cheek this time.
“Ouch!” The pain from the first hit was blooming to a glowing heat.
“This,” Julian said, rubbing her ass cheeks, “is what happens to naughty subs who come without permission.”
“How could I not... with you doing that?”
“A little self-control wouldn’t have gone amiss. Or you could have simply asked me.”
“But you must have expected me to... your tongue, your fingers...” How the hell had she ended up having this upside-down conversation with her bare butt in the air?
“I expect your obedience, Sheena, that’s what you agreed to by booking a dominant man for the night.”
She opened her mouth to answer, but instead of words another yelp burst upward from her throat. He’d spanked her again, hard. Another rained down, then another and another.
Before she knew it she’d lost count. She was kicking and squirming, her ass was on fire; it was as if a layer of hot coals had been applied. Her eyes moistened. Humiliation swarmed through her. No one had ever treated her this way.
He adjusted her position on his lap, and her clit rubbed up against his thigh. The spanking stopped and he again ran his hands over her cheeks.
She held in a sob. Emotions were brewing inside her and threatening to overspill.
“Good girl,” he murmured, slipping his fingers between her legs. “You’re taking it well for a beginner.” 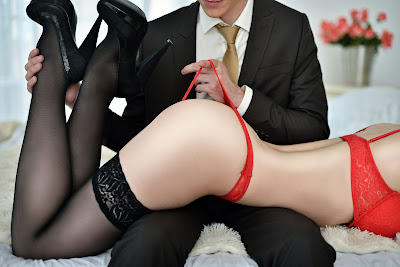