What is it about nurses that men find so sexy? Is it because they cross into personal space as part of their daily routine, performing intimate procedures? Maybe it's the hat, or the possibility of lace-topped stockings beneath their uniforms. It could be guys just want a bed bath! 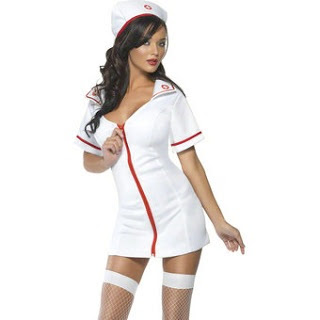 Whatever the reasons Mr Harlem had to cope with the real thing for years. Before I picked up a pen, or rather opened a laptop and started writing, I worked as a trauma nurse in London, England. 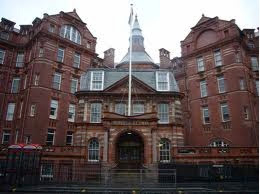 The work was adrenaline-inducing, the long shifts exhausting and the never ending stream of patients have proven to be an endless well of characters for me to draw on in recent years. And that includes my latest release Confessions of a Naughty Night Nurse, out now at Mischief, Harper Collins. 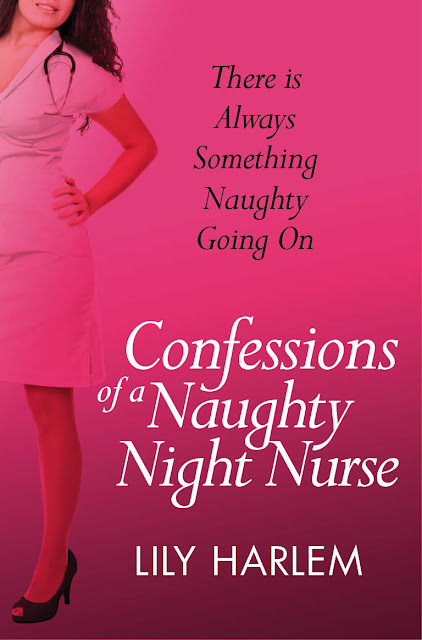 When scalpels are set down, the ward lights turned off and the patients asleep, there is always time for mischief …
I guess you could call me a jack-of-all-trades nurse. I find work satisfaction in whichever department the hospital needs me most, as long as it’s through the darkest hours. Needless to say I’ve seen it all over the years, been there and done that, what’s left to shock me isn’t worth knowing. But it’s so often the quieter nighttime where the real high jinx abound.
Yes, the nocturnal life is the one for me. With a weakness for sexy guys wearing white coats and dangling stethoscopes, my fantasies are often realised and I’m adept at finding relief from the hospital grind in shadowy corners and cozy linen cupboards.
Of course my dedication to patient comfort is paramount. What kind of nurse would I be if it wasn’t? But when one act of extreme, albeit highly inappropriate, kindness forced me to become the hospital director’s snitch, the length I went to in order to keep my job satisfied my desires and found me the love that had always evaded me. A love that made me push even my not-so-professional boundaries to the extreme.
* * * * *

I have to say this book was enormous fun to write and I realised, as I wrote, how much I missed my nursing days - not that I'm about to jump back into it, I don't miss it that much! But what really tugged my heartstrings was realising how much I missed being part of a team - working and playing with a group of women (mainly) who all know each other well, have a Carpe Diem attitude (you get that in trauma) and a terribly wicked sense of humour!
Nurses have this wonderful way of supporting each other and it's very rare to come across a lazy nurse (well it was in a London A&E anyway) and that was what gelled everyone. When the going got tough the tough got going, if you couldn't cope, then you didn't hang around. Things could get pretty high octane, the pace was fast, things happened most people never witness or are part of, again that cements a team, the shared experience of the highs and the lows. The hospital social club was were debriefs happened over a few alcoholic beverages!
Naturally there are always a whole pile of real-life love stories going on, between doctors and nurses (obviously) nurses and patients, patients and doctors, cleaners and consultants - I kid you not - radiographers and secretaries, porters (the biggest players in my opinion - lol) and well, anyone!! Whatever combination works seemed to occur, and in fact I met Mr Harlem at work!
The night duties could be gruelling and not my favourite shifts at all - my body just doesn't cope without sleep - but when I sat down to write Confessions of a Naughty Night Nurse, it was this blanket of night, the privacy from the prying eyes of the day that meant I could really let Sharon run riot. She doesn't mean too, well maybe a little bit, but things just seem to happen to her  and before she knows it she's in deeper than she thought, not just with the studly Javier but also sweet Carl and the witch they call Iceberg!
Sharon has a higher libido than most, she also has a history of a broken heart, and when a patient - a gorgeous fireman with burnt hands needs a hand with er, something, she can't resist helping him out, it's her caring nature you see, even if it is above and beyond her job description! Oh, yes, this book was fun, some of the things in it are drawn from real experiences but most are made up. Mmm, I suppose you want me to tell you which are real, well you'll just have to read it and see if you can guess :-)